Just a quick reminder: Jerry’s big debut will be on PBS tonight, 2/15 in the NATURE series episode called “Why We Love Cats and Dogs.” 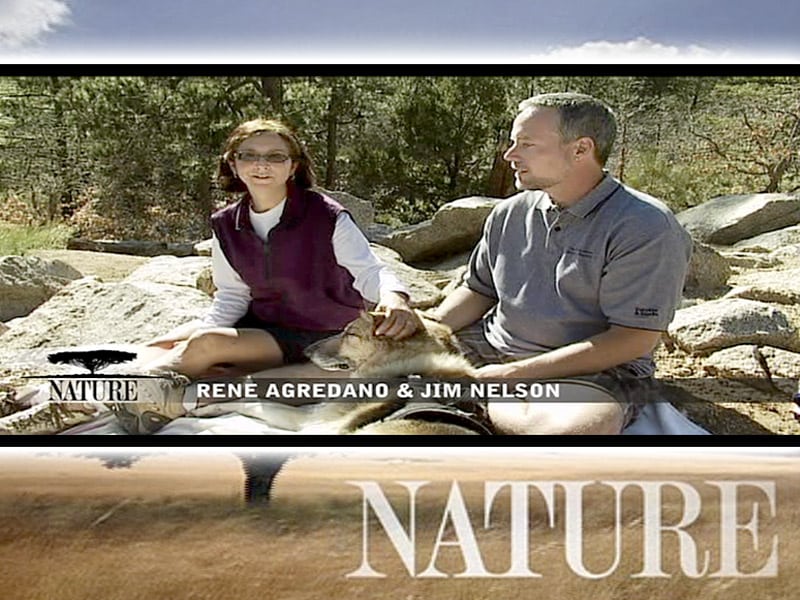 Be sure to tune in at 8:00 p.m. (check your local listings to be sure). You’ll also hear from many other pet owners and various animal behavior experts like the awesome Sarah Wilson.

Read more about Jerry’s stardom here, and don’t forget to submit your favorite pet photo for the PBS Why I Love Cats and Dog photo contest!

We will be in the Tripawds chat room live before and after the show airs in all time zones. Please stop in to say “Hi!”

The show’s been getting great write ups, including the Los Angeles Times, New York Times, the Times Standard, the San Francisco Examiner, and the Tribune News Media Service among others. 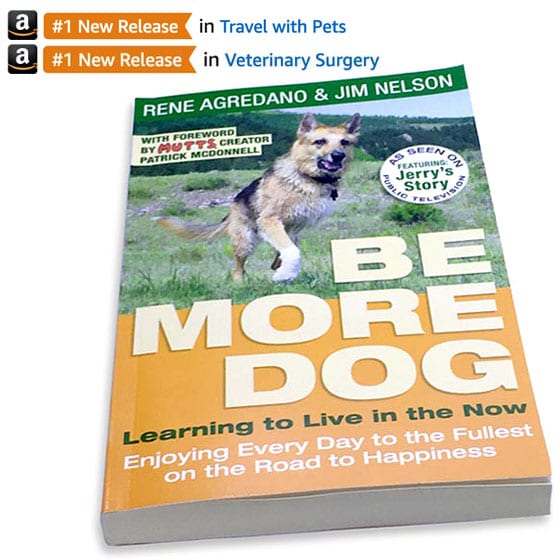 UPDATE: Get the Full Story

In October, 2019 – on the eleven year anniversary of Jerry’s passing – Rene and Jim published their book that tells the entire story, from the beginning. Discover how the they bought an RV to travel the country with Jerry after his amputation, and the many lessons they learned from their three legged co-pilot those first couple years on the road, in Be More Dog: Learning to Live in the Now.

Featuring the foreword by MUTTS creator Patrick McDonnell, readers will enjoy his original title panel illustration, and discover the NOW! NOW! NOW! strip that touched Jim and Rene, right when they needed it most.

9 thoughts on “Jerry’s Big Debut Tonite: Watch “Why We Love Cats and Dogs” on PBS”