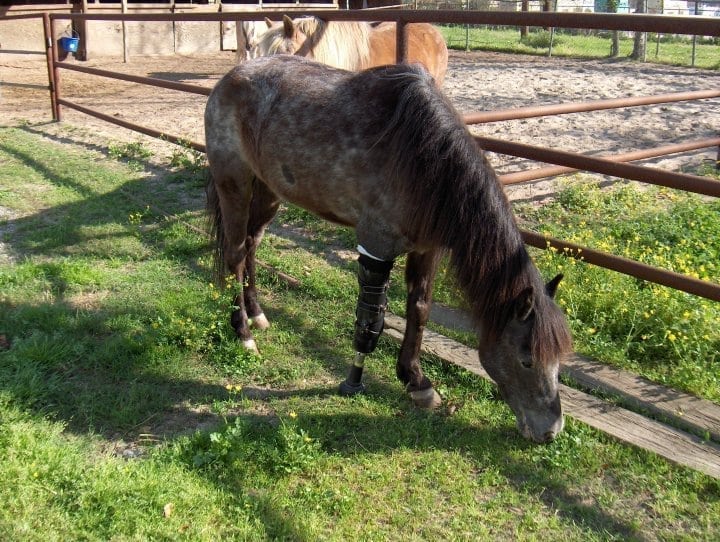 A lot of people are surprised that big dogs can get along as Tripawds. But did you know that even a pony can get around on three legs?

This was sent to me by my friend Calpurnia. It’s been making its way around the Internet. I hope you enjoy it!

Meet Molly. She’s a gray speckled pony who was abandoned by her owners when Katrina hit southern Louisiana, USA . She spent weeks on her own before finally being rescued and taken to a farm where abandoned animals were stockpiled. While there, she was attacked by a pit bull terrier, and almost died. Her gnawed right front leg became infected and her vet went to LSU for help. But LSU was overwhelmed, and this pony was a welfare case. You know how that goes.

But after surgeon Rustin Moore met Molly, he changed his mind. He saw how the pony was careful to lie down on different sides so she didn’t seem to get sores, and how she allowed people t o handle her. She protected her injured leg. She constantly shifted her weight, and didn’t overload her good leg. She was a smart pony with a serious survival ethic.

Moore agreed to remove her leg below the knee and a temporary artificial limb was built. Molly walked out of the clinic and her story really begins there. 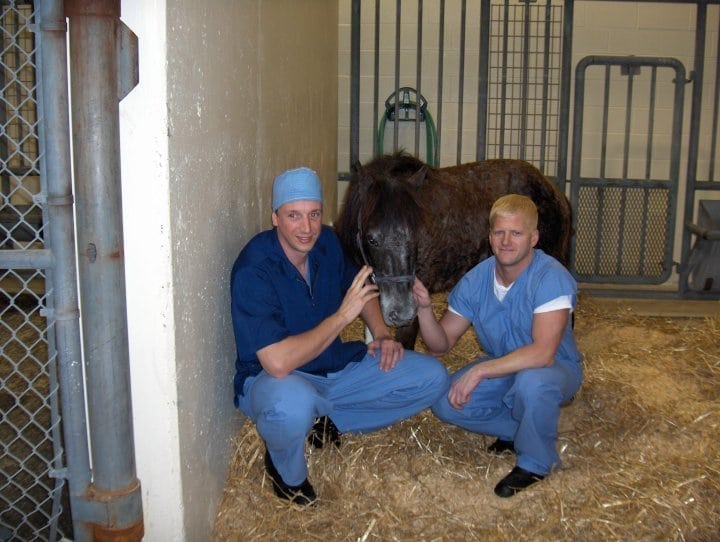 “This was the right horse and the right owner,” Moore insists. Molly happened to be a one-in-a-million patient. She’s tough as nails, but sweet, and she was willing to cope with pain. She made it obvious she understood (that) she was in trouble.

The other important factor, according to Moore, is having a truly committed and compliant owner who is dedicated to providing the daily care required over the lifetime of the horse.

Molly’s story turns into a parable for life in post-Katrina Louisiana. The little pony gained weight, her mane felt a comb. A human pros thesis designer built her a leg.

The prosthetic has given Molly a whole new life, Allison Barca DVM, Molly’s regular vet, reports. And she asks for it! She will put her little limb out, and come to you and let you know that she wants you to put it on. Sometimes she wants you to take it off too.” And sometimes, Molly gets away from Barca. “It can be pretty bad when you can’t catch a three-legged horse,” she laughs.

Most important of all, Molly has a job now. Kay, the rescue farm owner, started taking Molly to shelters, hospitals, nursing homes, rehabilitation centers. Anywhere she thought that people needed hope. Wherever Molly went, she showed people her pluck. She inspired people. And she had a good time doing it. 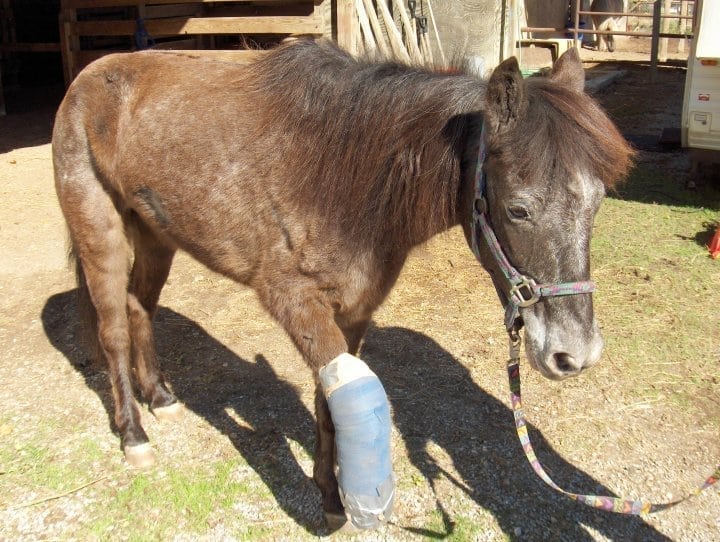 “It’s obvious to me that Molly had a bigger role to play in life”, Moore said, “She survived the hurricane, she survived a horrible injury, and now she is giving hope to others.”

“She’s not back to normal,” Barca concluded, “but she’s going to be better. To me, she could be a symbol for New Orleans itself.”

This is Molly’s most recent prosthesis. The bottom photo shows the ground surface that she stands on, which has a smiley face embossed in it. Wherever Molly goes, she leaves a smiley hoof print behind!

is available on Amazon.