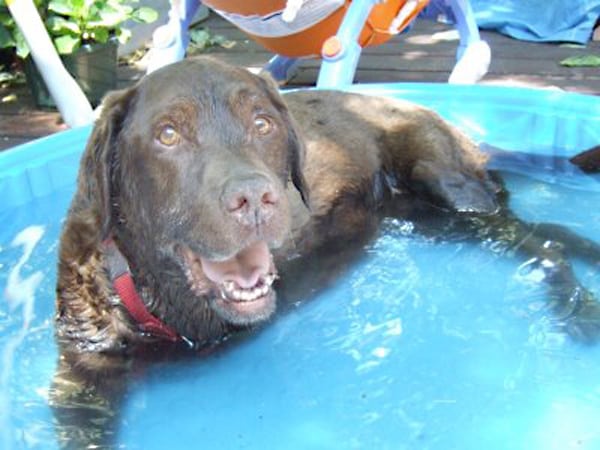 Born in the woods of Virginia’s Shenandoah Valley, Barley moved to California’s Mendocino County when he was 6 months old.

He enjoyed 11 years of hiking, swimming, over 6 cross-country road trips, and more kisses from his people than you’d think possible.

In the fall of 2007, his front leg gave out and he was diagnosed with osteosarcoma. Just before Thanksgiving, his leg was amputated.

He recovered incredibly quickly, especially for a guy with hip dysplasia, and could still do just about everything he wanted to by hopping. The surgery sure didn’t dampen his enthusiasm, and he continued to make friends everywhere we went. Shortly afterwards, we bought a new King-sized bed, and Barley slept in the middle every night. Barley made it through 6 rounds of chemo without a single side effect. And he survived sharing me with a newborn baby, and even gave him kisses. 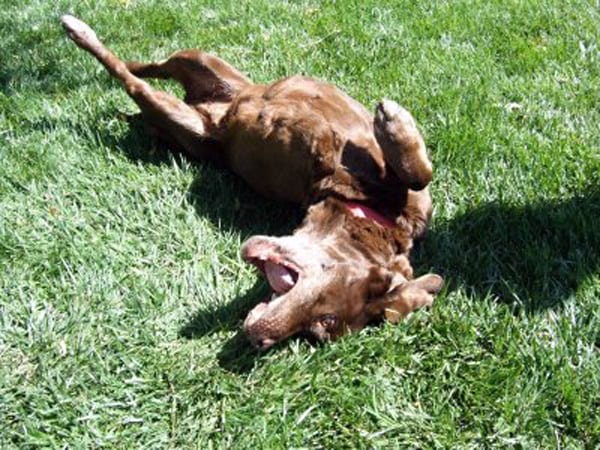 A few weeks ago, Barley started coughing and x-rays showed the cancer had metastasized into his lungs. We gave him Prednisone to quiet the cough, and started him on the at-home chemo drugs to try to slow the tumors’ growth.

In the meantime, we made sure to kiss him even more, and fill his days with all the things he loved – lots of time with friends, trips to the ocean and the dog park, even burgers and ice cream (because reallyÃ¢Â€Â¦why not), and swims in his baby pool.

Barley finally stopped having fun on Tuesday when he was unable to walk, and we realized we had to say goodbye to our sweet boy on Wednesday, July 9, 2008. We miss him terribly – and are so glad we were able to spend over 12 years with such a brave, enthusiastic rockstar of a friend.