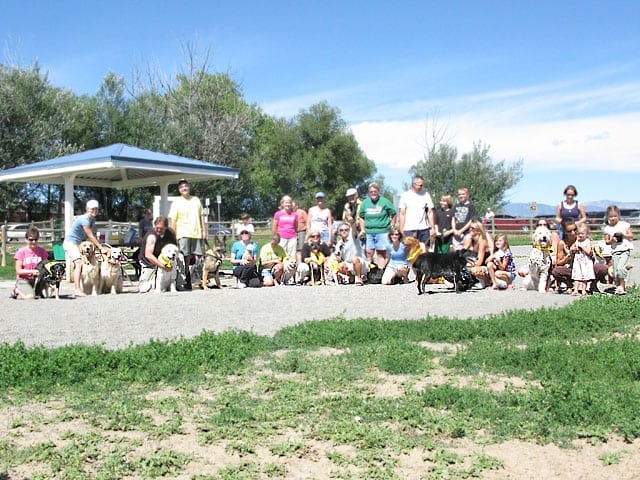 Despite the blazing hot summer morning, over a dozen Tripawds, honorary Tripawds and their humans came out in force to show the world that life is good on three legs!

Watch for videos with some of the Tripawds who attended. As seen from the photos below, we have great footage.

But meanwhile, here’s a great article and video from the Boulder Daily Camera.

The morning was spent swapping tails of heroic fights against bone cancer, car accidents and remembering those special Tripawds who live on in our hearts.

For some pack members it was their second time attending. For others, we got to meet them for the first time, like Tripawd Sambuca’s pack! 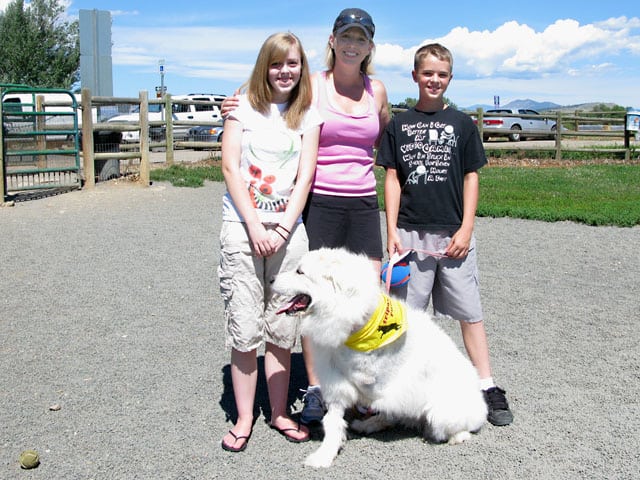 Molly the Tripawd was visiting from Iowa  when she heard about the pawty. She and Tripawd Comet share a lot in common . . . they both have non-working fourth legs! 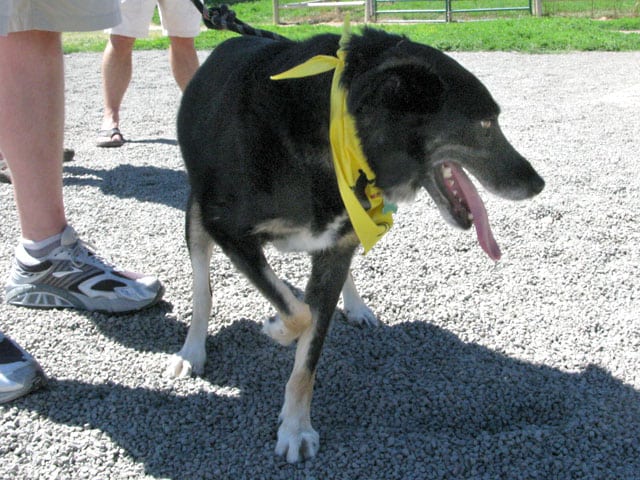 Even a mohawked Tripawd named Oscar pawtied with us! 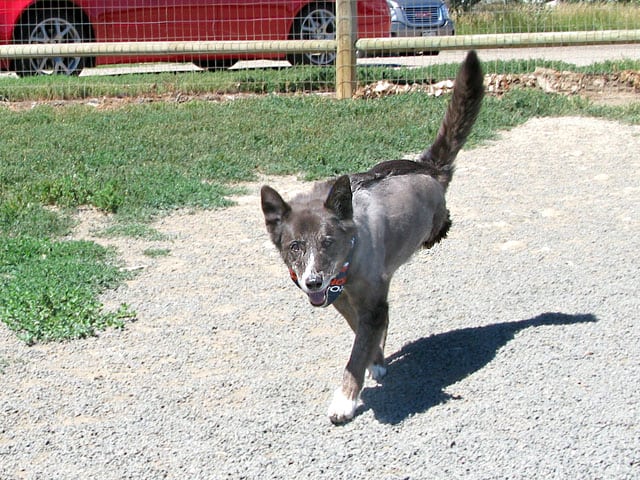 Luke Robinson of 2 Dogs 2000 Miles and his boy Murphy also paid us a visit. The duo, along with their pack member Hudson, just wrapped up a 2,000 mile walk to help put an end to canine cancer.

Ironically, Murphy was recently diagnosed with cancer himself. But despite the radiation therapy he’s undergoing, Murphy made an appearance because he didn’t let cancer get him down! 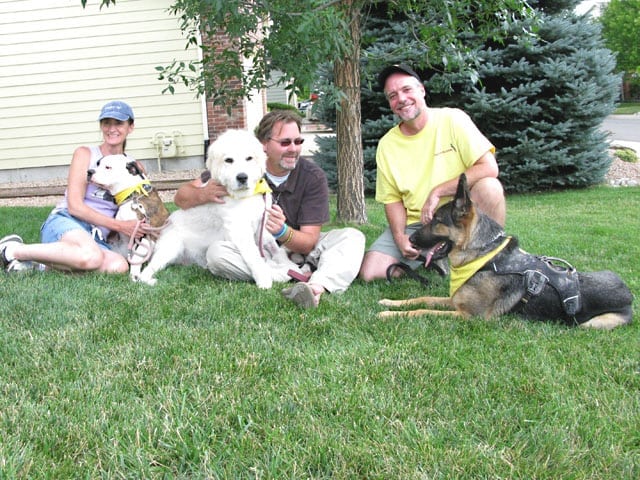 The good peeps at Canine Hardware, promoters of fitness through fetch and makers of Chuck It toys,, were kind enough to send us special Tripawd pawty prizes, which were awarded for things like Oldest and Youngest Tripawd, the longest surviving Tripawd, etc. 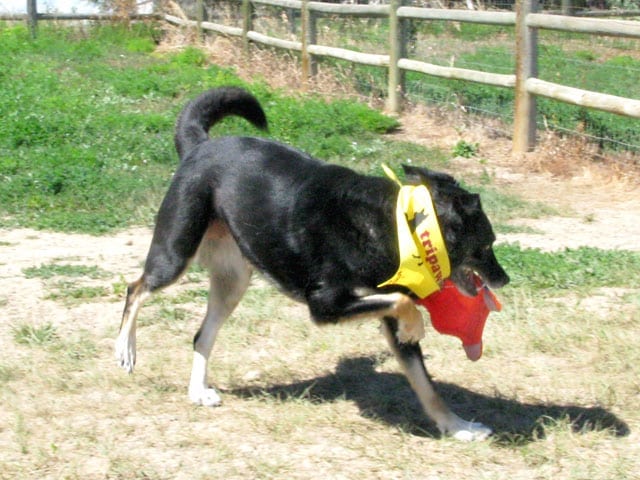 As the temperature climbed, Tripawds quickly found shade to relax under, but Tripawd Lilly thought it was more fun cooling off with the hose! 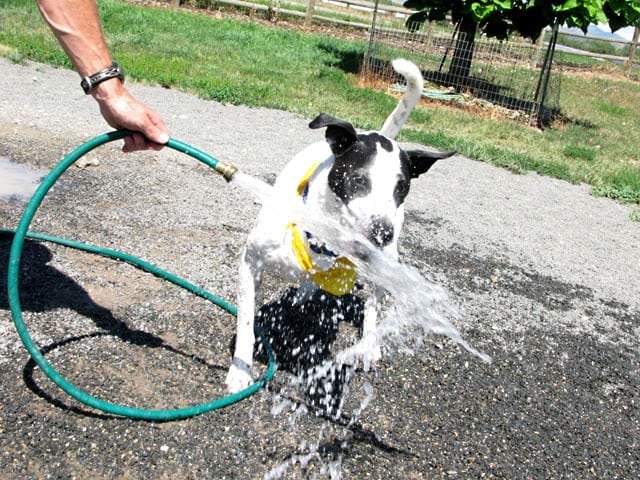 We owe all of the great publicity and attendance to our friend Tripawd Lilly and her folks, Clay and Jody, who helped us get some great press in the Denver Post and the Boulder Daily Camera. Anyone looking for a professional PR guy and extraordinary writer, contact Clay and Jody through Facebook.

Remember, you can arrange your own Tripawds pawty in your hometown and spread the word that “It’s better to hop on three legs than to limp on four!“

1 thought on “Three Legged Fun in the Colorado Sun”