Hoppy Valentine’s Day everypawdy! Today we want to spread the love, by sharing an amazing story about a three-year canine osteosarcoma survivor named Lily. Read on to hear how this amazing girl has beaten the odds. 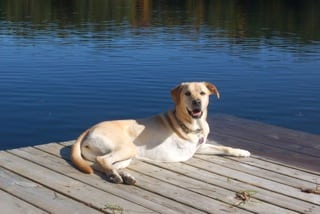 And remember, if you have a long-term bone cancer survivor yourself, contact us to share it. Tell us about your Tripawd, and give hope to pawrents who are just starting their own three-legged journey.

“Lily came into our lives on January 31 2007 at only 3 days old. I remember being so excited when my vet asked me if I would be willing to foster 5 puppies whose mother hadn’t been able to care for them.

It wasn’t until February 14 (Valentine’s Day) that I convinced my husband that I “needed” to keep the little runt of the litter. We named her Lily.

Lily ended up being the greatest dog, she loved everyone and everything she met. It was during the first part of February of 2009 that I took Lily to the vets for the second time complaining of a limp.

It was discovered in her x-rays that Lily had osteosarcoma (a bone cancer) she was only two years old. 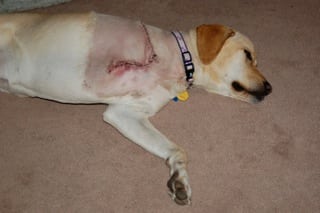 I was told that once the cancer is detected it has most likely already spread and her chances of survival were not good. Through everything I had read said that at her age Lily probably had 6 months to a year to live. Discussions with her doctor led us to amputate Lily’s leg making her life more comfortable and less painful. 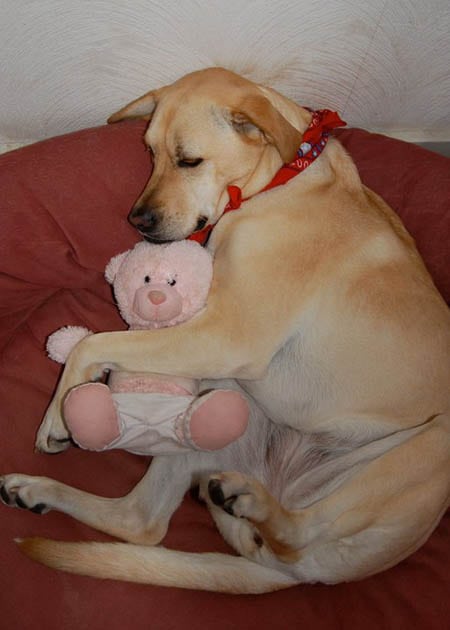 But here we are approaching the spring of 2012 with Lily by our side. She has been such an inspiration to many and has never lost her love for life!

Lily loves playing Frisbee and is a pro at it. She loves going for rides, playing with her adopted brother and she is a fantastic swimmer who even loves jumping off the dock into the water.”

Has your Tripawd beaten the odds for a year or longer? If so, contact us today so we can share your hero’s long-term survivor story with the Tripawds community.