Did you hear? On February 22nd, Tripawds Community member Mr. T, aka TriPod and his mom Denna, received the “Top Fundraising for an Individual” award at the Morris Animal Foundation K9 Cancer Walk in San Diego, California.

After driving six hours to the event, Mr. T was greeted by his best pals from Southern California Golden Retriever Rescue, who also received an award for being the second most successful fundraising team! This is one hard-working group of Goldens!

To our surprise Team TriPod got the award for “Top Individual Fundraiser”……WOW we weren’t expecting that. Thanks to all of our friends and followers we raised $2,020!

We were part of Team Southern California Golden Retriever Rescue which was the second place team overall for fundraising. The total raised just on this walk so far is $36,625. Donations can still be made for another 2 weeks.

Please join us in congratulating Southern California Golden Retriever Rescue and especially Mr. T and Denna for their hard work to help end canine cancer. They’re truly a dynamic duo who’s truly changing the world one hop at a time!

Mark Your Calendar, Join Us

In April, the Tripawds Community will be participating in a Morris Animal Foundation K9 Cancer Walk in Northern California. You can help Team Tripawds in our fundraising effort by joining the team here. 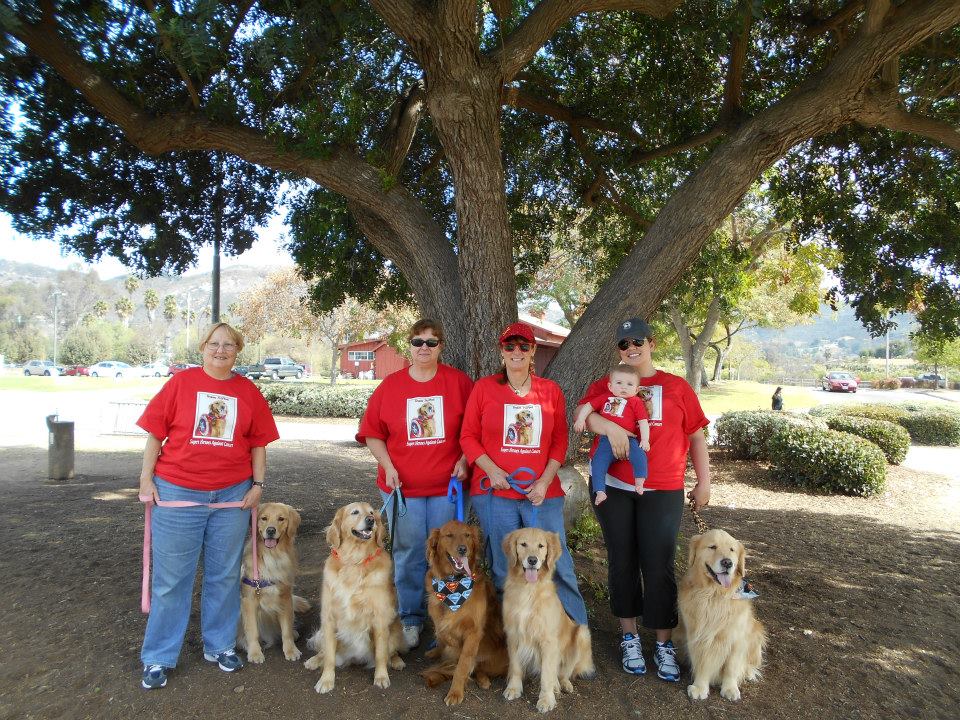