It’s not too often that a Tripawd from Iceland joins us, so what a treat when Valkyrja shared her three-legged love story with the community. We know you’ll be as inspired by her Tripawd Tuesday feature as we are! 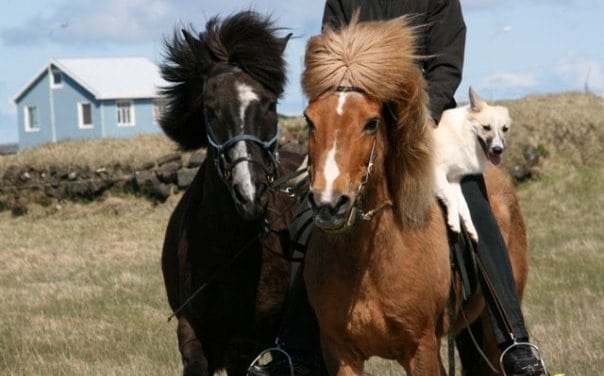 My name is Anna and i live in Iceland. My Icelandic sheepdog female Valkyrja had her right rear leg amputated 5 days ago so I found this website when I was looking for some information about dogs that have gone through the same surgery.

When she was 2 days old puppy her brother did suckle on her inner right thigh and made a wound and did damage a little part of a muscle! I took her to the vet and she went straight to surgery where they had to cut some skin around the wound and take a small part of the damaged muscle.

When she got older she has used her leg wrong because of the shorter muscle but with no pain in that leg. 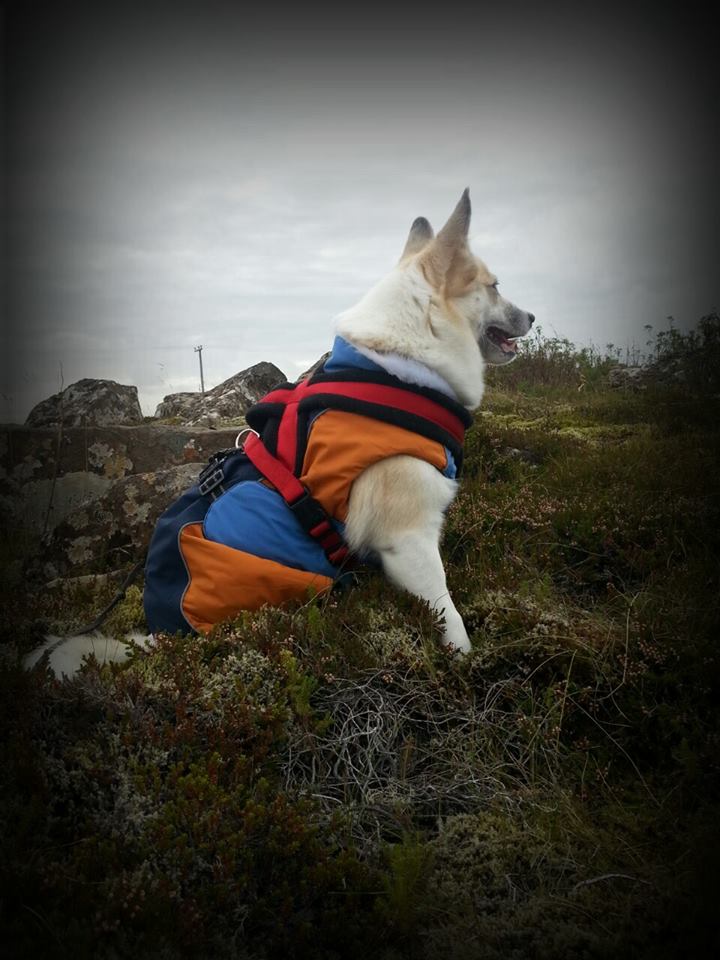 Now Valkyrja is 5 years old (she will be 6 years old in September), in February this year she and my other dogs went out for a walk ( free running) this was a cold day with snow and ice and where I live we have a lot of lava rocks. Valkyrja was running when she slips on a ice and goes flying in the air and lands on a lava rock with her right leg! Her leg got so swollen and she was limping so she went to the vet and had a x-ray where they could not see any break only swollen hook and she went home with medicine and if this would not get better she could have laser treatment.

The laser treatment did nothing and month later she was still the same but the vet could not find anything wrong so they thought it was just a bad sprain.. I told them I was sure it was something else wrong because I know this dog.

After 5 months of limping I wanted another x-ray but the results from that ware bad bone bruise and MAYBE a tendon injury, the treatment was laser and rehabilitation! That made her only worse and in more pain! So I did say no to this treatment and did ask for a better x-ray because something was wrong and she was in pain! 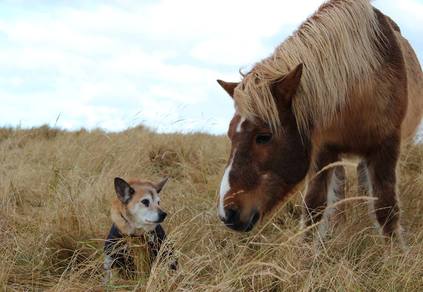 Now her pain was getting worse and they finally did help her to get in a MRI (in Iceland we don’t have MRI for pets) and then we got some bad news and everyone ware surprises of the outcome!

three of the muscles ware completely torn apart and the one muscle was hanging together on a string (1/5 of the muscle) so the vet and a human doctor ware amazed how she has been moving her leg and using it!! They had never seen a injury like this so the x-ray was sent to Germany to specialists.. They too had never seen injury like this so the only thing to do was to put her to sleep or take the leg so it was a easy choice!

Everything is going fine with Valkyrja now 19 days after surgery and i’m just so proud of her ! She is doing much better after she started on Gabapentin

Here is a photo of her in her new jacket ( we do not use jackets or anything for our Icelandic sheepdogs becouse they do have good double coat ) but becouse she is missing a lot of coat and her body temp. is going down i decited to buy a jacket for her ( the colour is really bad i know haha) but it keeps her really warm

Get Featured on Tripawd Tuesday