The first steps of the Tripawd journey are the hardest. But once you get your balance and keep up that momentum, you and your three-legged hero can do what you once thought would be impossible. Today for Tripawd Tuesday, the one and only Levi the Boxer is going to show you just how quickly you can get back to the “new normal” of loving life on three legs! 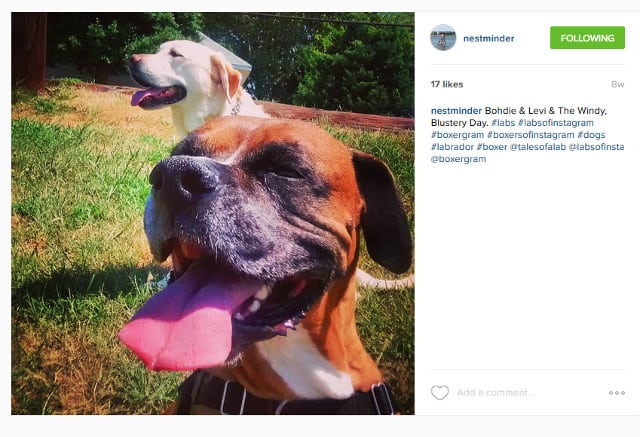 It’s an extremely hard decision to go ahead and amputate, but I just can’t see re-biopsying, waiting another 2-3 weeks for results, and perhaps being in the same boat a month from now as we are right now – with a dog that has an unidentified scary lesion on his bone that could lead to a break at any time. We are beyond frustrated, and none of our options seem like “good” options.

The surgery is in 8 days, and my wife and I are terrified. 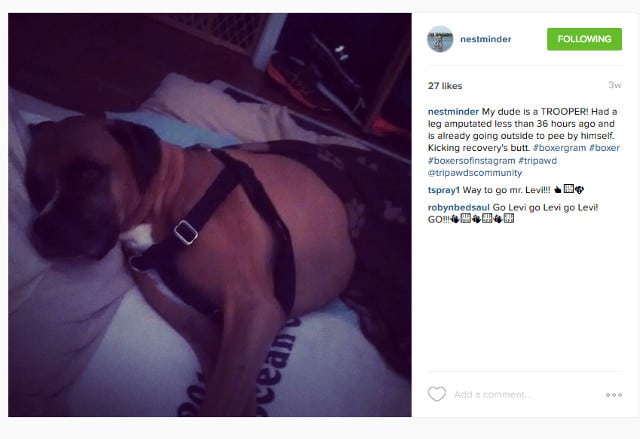 Then on September 12, Derek wrote:

Good morning all. Levi is home and resting – comfortably, we hope! . . .He was doing some whimpering when we first got home; he would try to sit up, then think better of it. For now, it looks like he’s relaxed enough to get some sleep, so that’s good. The nerves will kick in again, for us, when he wakes up and thinks about moving around, but we’ll stay strong for him! Oh, and he doesn’t have a bandage on. A bit jarring, no matter how well we had prepared ourselves! 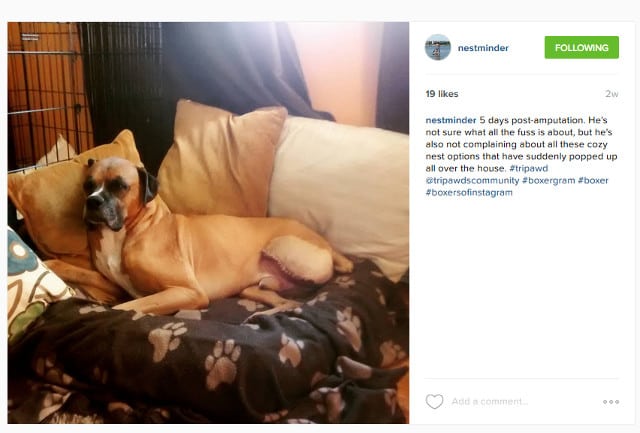 Later Derek shared this great pawgress with us on September 22:

Just took him for his longest post-surgery walk yet – all the way around the block! He did great, the only thing is that he sometimes tries to lift the leg he still has, so he’s standing there like some sort of Cirque Du Soleil performer while he pees! Be careful, man! 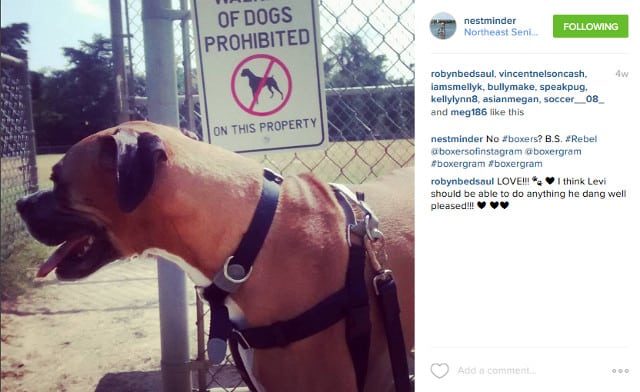 And as IF things couldn’t get any better, on October 2, Derek said:

3 weeks post-surgery update: He’s REALLY back to being himself now and it makes us so happy. Chewing his nylabone (we call it his nightly dental regimen), bugging us for dinner an hour before it’s time to eat, playing with his toys by himself…just being Levi again.

He didn’t have any problems after the first chemo treatment (Carboplatin – I think I spelled it wrong earlier). Next week he goes for a complete blood cell count, and if all is good, we’ll schedule treatment number two.