Ready for some big smiles? You will love today’s Tripawd Tuesday spotlight all about Cricket the 14-year old Champion Shih Tzu who’s young at heart! Here is her story as told by her mom, Luciana Young. 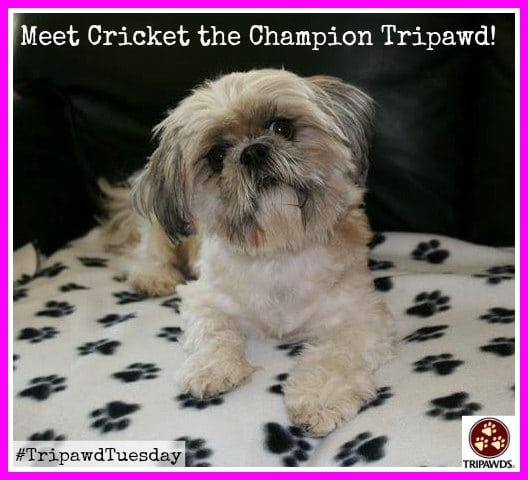 True to the Shih Tzu standard, she was always best described as a happy-go-lucky and “comical” dog, seeming at times to purposely do things in order to make hear us laugh. 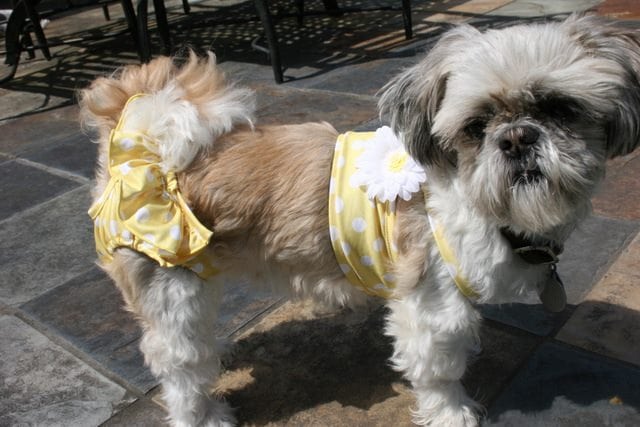 She was always healthy, very playful and a wonderful all-around dog. One might even say a good guard dog, if you consider barking at the tile contractor for 3 days straight. She’s a great protector, yet loves everyone and especially children.

Cricket loves people, and when she wanted someone to hold her, she would wave. She did this even at 8 weeks, at her first vet visit she would wave at people with both front paws. We encouraged it by adding a command to the action. Eventually she would wave on command, here is video of her waving before she had one of her front paws amputated:

In June 2011 the vet ​found a lump on her front left paw. At first he dismissed it as a contusion, she IS quite active and playful with our other (at the time 4) small dogs, and a bump on the leg from running and playing sounded logical. 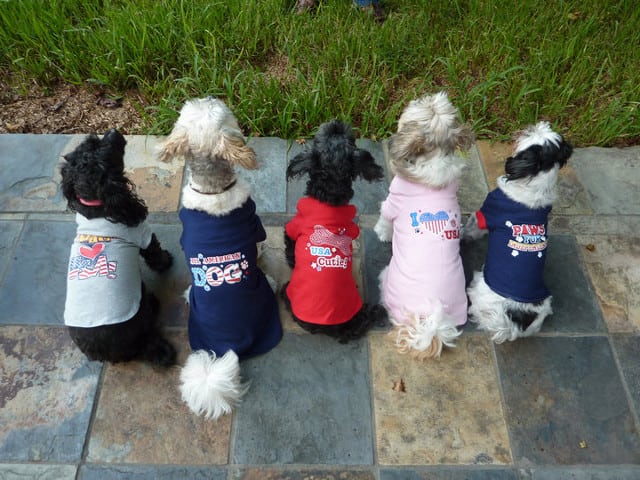 In a couple of weeks the vet saw her again and decided it needed to be checked out. He did a biopsy and sent it (and Cricket) to an oncologist vet, the diagnosis was an “undifferentiated sarcoma” … meaning they had no idea why it was there. 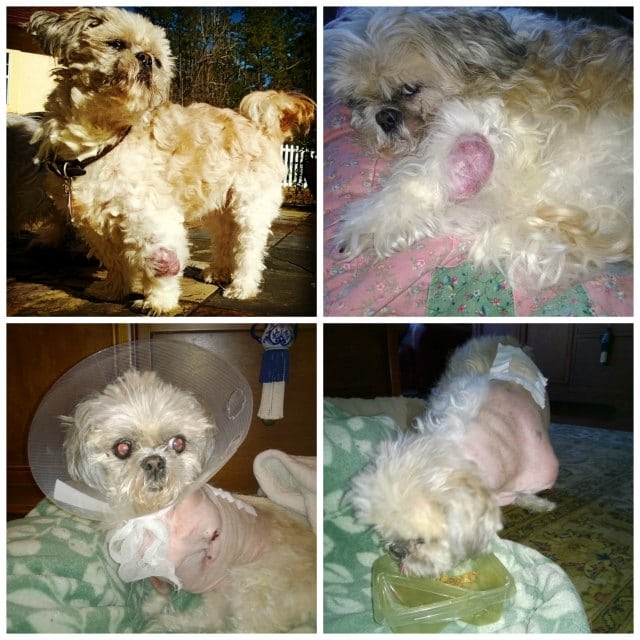 Both vets explained our options …. doggie chemo (pills), which she took for over a year without success, removal of the tumor in hopes it would not return (which our vet performed in June 2011). The tumor was quite aggressive and came back just as large within a week, and it kept growing.

By February 2014, I had to make the hard decision to amputate or put her down ​(it was doubly difficult as my husband had died 2 months earlier). The surgery was expensive but my greatest concern was quality of life. 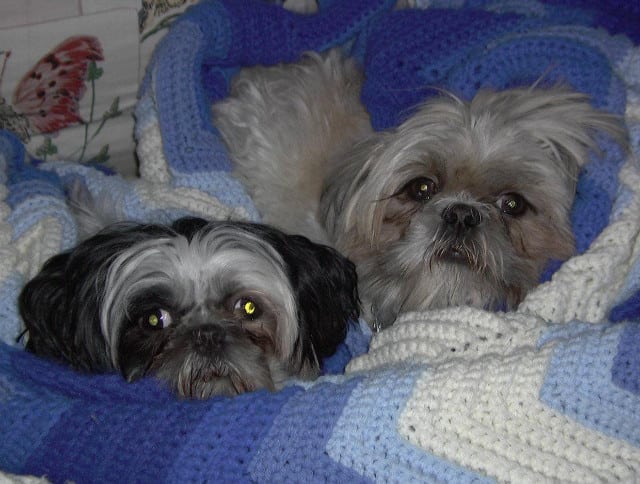 I found Tripawds’ videos online which gave me hope and showed me that a 3-legged animal can, and do very well after surgery.

Cricket’s surgery on Feb 26, 2014 was a huge success. She came home the same day and walked around all by herself to get to her food and to potty outside. I was amazed! 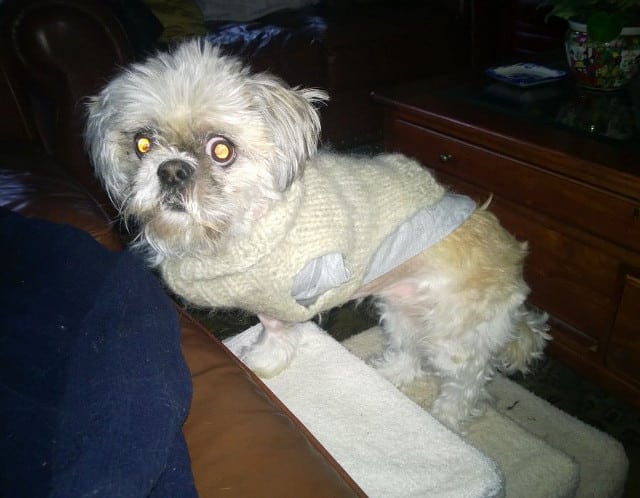 Today she runs often faster than the other dogs! She still enjoys playing with the ball, chasing her sister Ripley around at mealtimes and barking at any person or dog which dares enter her territory, but she’s a perfect host.

On Christmas 2015, I found a lump where her leg used to be. The vet performed a biopsy which confirmed it’s the tumor returned. The vet loves Cricket and was very upset about it. 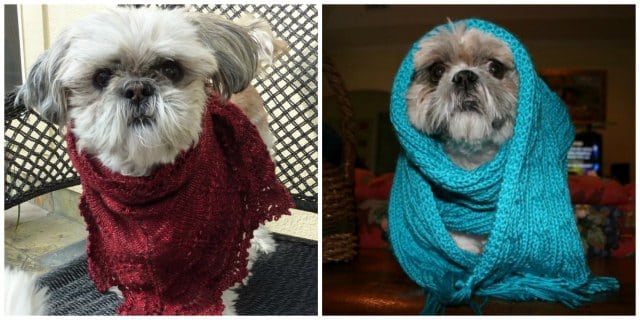 He said these tumors usually come back within 9 months, so sadly she may not be with us much longer; however, the 2-3 extra years which the surgery gave us with her made it worth it!

She is a champion for tripawds!