Some Tripawds are shy when it comes to hopping into our community, but that doesn’t mean they don’t know about us. Today for Tripawd Tuesday we’d love you to meet Mollie the Twitter superstar! 🙂 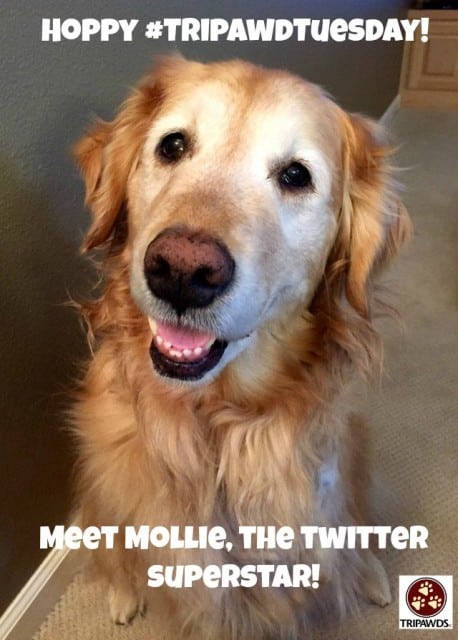 Pictures and video are how Mollie’s people share her remarkable pawgress. lmost every day her people @SpursNBeavs and @HoogieHolden tweet Mollie’s mirculous milestones such as:

Miss Mollie had her first official bath since she became a #tripawds and she did great! #fluffy pic.twitter.com/N5PQBV8Fw0

Wind blown but mostly dry for the 20 minutes we were at the park, I’ll take it! #westlinn #tripawd pic.twitter.com/H3VgSNyjYx

Our #tripawd on the move at Mary S Young State Park this AM. Mollie says “hurry up guys!” at the end. ??? pic.twitter.com/59MFVXkJAB

We’re so hoppy for this golden beauty! Keep on Hoppin Mollie, you make us smile!